While working on a Sitecore 8 solution that uses Web Forms for Marketers (or WFFM for short) our team encountered a bug, since inserting a WFFM web form would result in the form not being inserted - or so we thought.

The error was discovered while trying to insert a new web form using the Experience Editor. 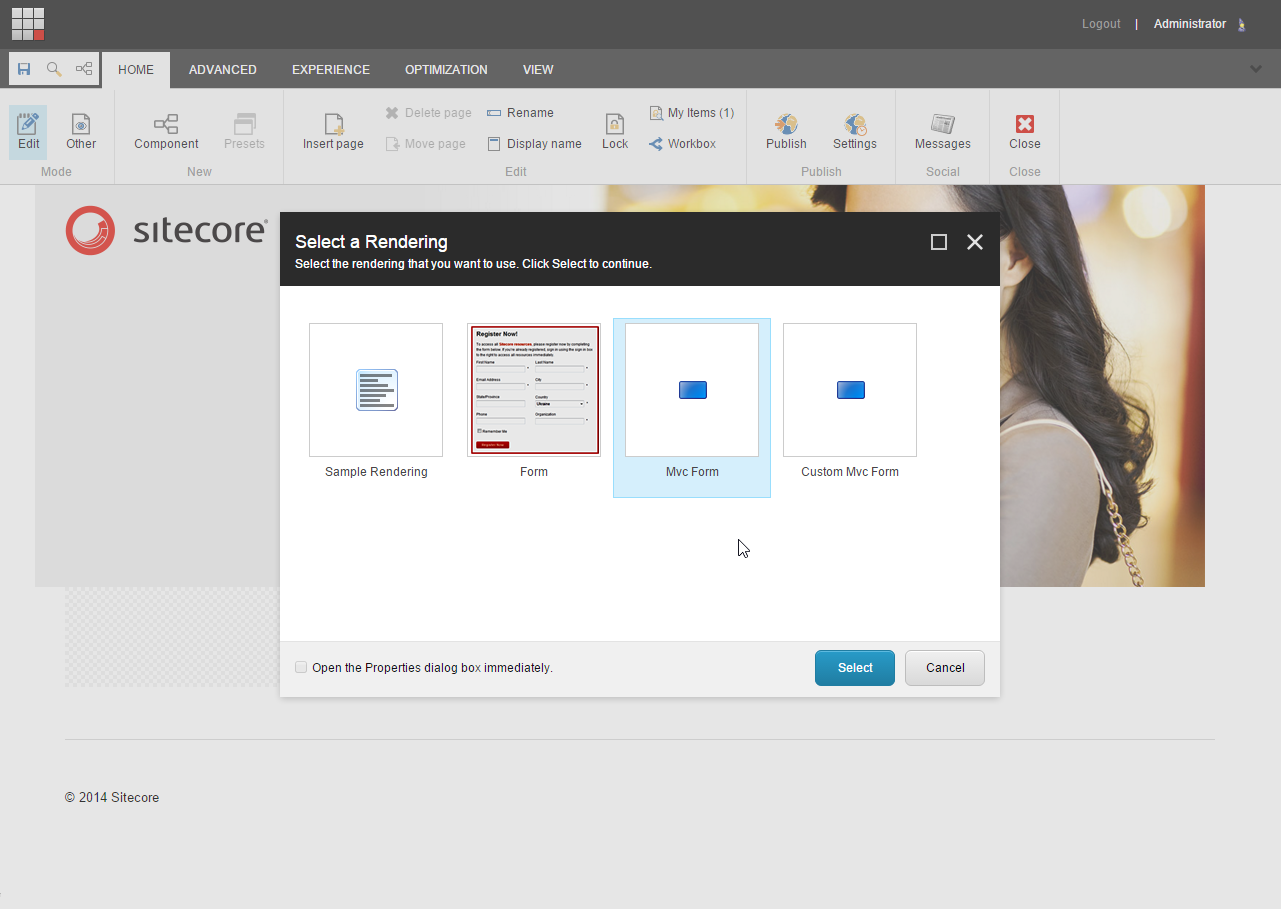 After doing some more testing, I was able to verify that the first time a web form gets inserted on a page using the Experience Editor, the web form is simply not showing up. In addition I could not save the page, it was like the insertion of the form was not seen as a change to the page - I should mention, that the data source was indeed created in Sitecore, which I was able to verify by using the Content Editor. However, if a second web form was inserted, I was able to save the page, and doing so would result in both the first and the second inserted web form would appear on the page.

As far as the details on the versions go, we were using Sitecore 8.0.150621 with WFFM 8.0.150625 - a version of WFFM which we later learned have some unfortunate flaws, such as droplist entries that are not being saved properly in xDB, which forced us to use the following Sitecore support hotfix 'Sitecore Support 424929', explained in details here.

As a result, a new support ticket has been submitted to the Sitecore support team, which can be found under "460136 - WFFM 8.0.150625 fails inserting forms in Sitecore 8.0.0.150621". When we receive some feedback on the ticket I'll make sure to update this post with the answer from Sitecore.

A perspective on data templates, standard values and branches when using a modular architecture in Sitecore

Over the past months, I've been working on a idea on how to use the modular architecture in other…

While recently working on a Sitecore 8 MVC project I ran into an issue, which only surfaced when visiting…